I forgot to mention last week that the S&P (NYSEARCA:SPY) has reached the “15% of Profit Take” zone of historical price action relative to the 200-day MA dating back to 1950.

If it reaches 1,653 it will be in the 5% percentile of historic action – a ‘strong sell’ signal.  The price tag came with a fresh breakout from the channel; the second breakout in 2018. 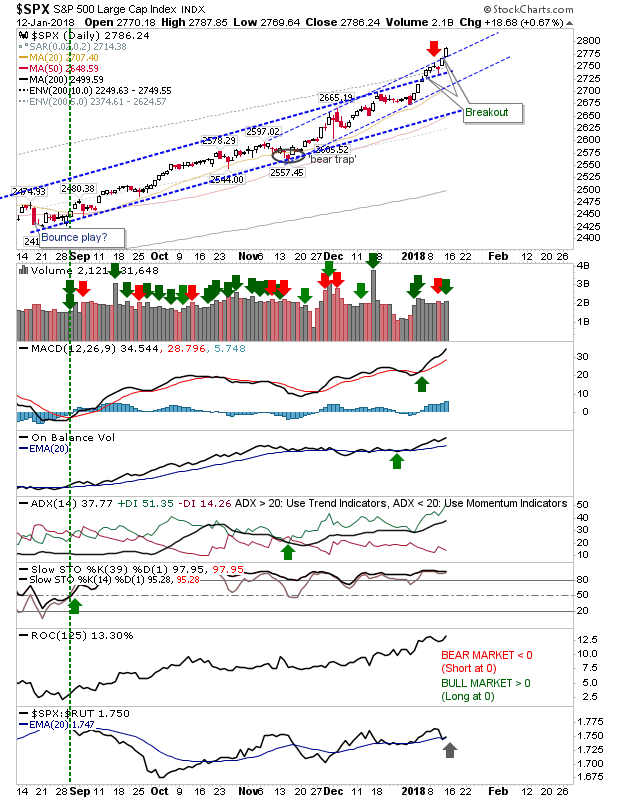 After Thursday’s strong performance the Russell 2000 (NYSEARCA:IWM) tagged channel resistance, offering a chance for some profit taking and potentially a shorting opportunity too. Technicals remain healthy although the index continues to struggle in relative performance against the Nasdaq(NYSEARCA:QQQ). 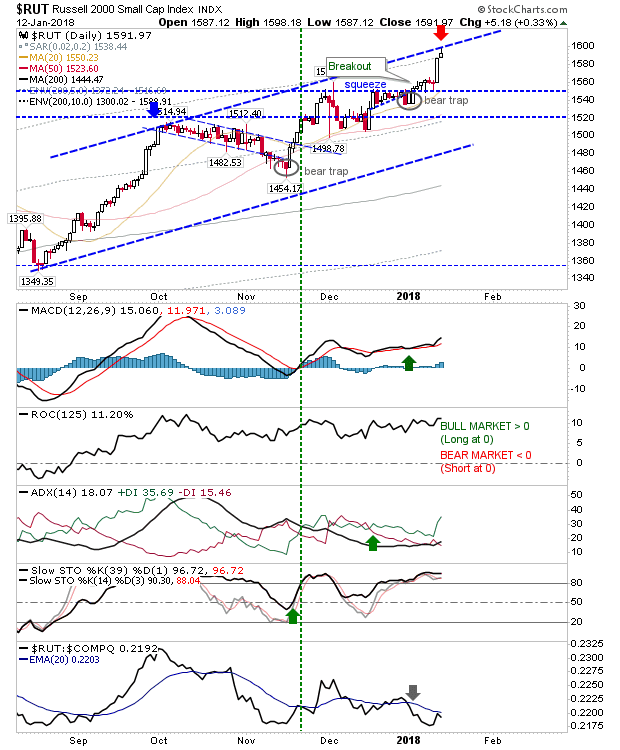 The Nasdaq also broke clear of its price channel. Unlike the S&P it hasn’t reached the 15% zone of historic price action so there is no immediate pressure to suggest a top is near. 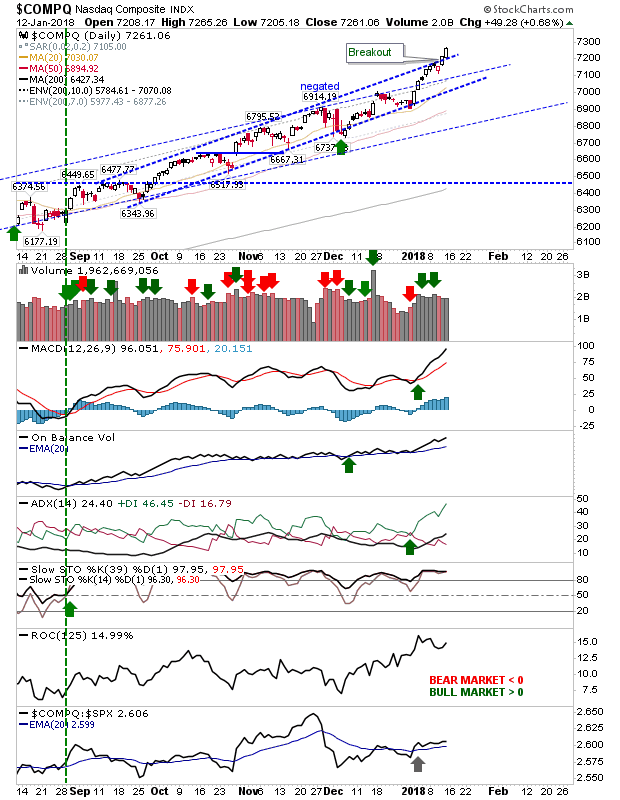 The Nasdaq 100 also cleared its channel, negating the potential short position on the channel tag. A new short position will offer itself if it can generate a ‘bull trap’ (i.e. a return inside the rising channel). Meanwhile, the ‘bull trap’ in the Semiconductor Index is still in effect despite the last two days of gain. 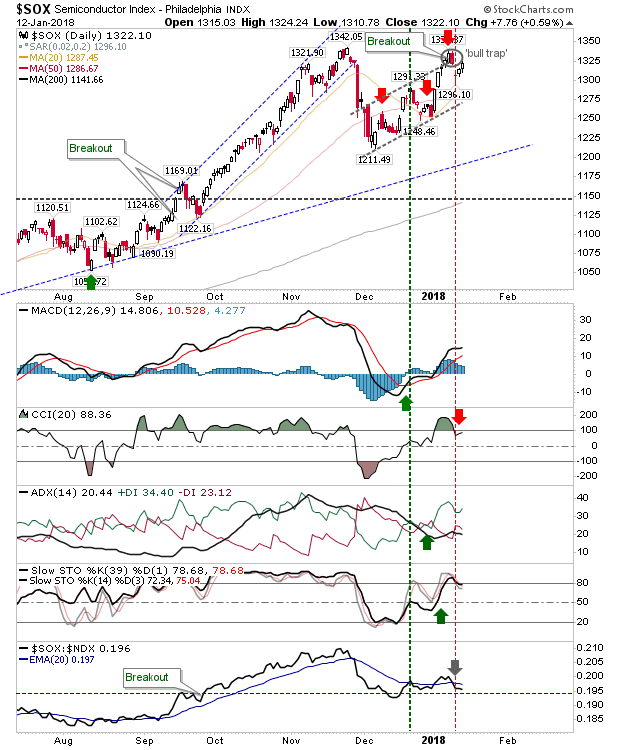 For tomorrow, watch for ‘bull traps’ in the indices which have broken channel resistance. The Russell 2000 is the best of the trading opportunities (as a short).