There was a strong close to last week with markets finishing at new highs.  The Russell 2000 was a bit of an exception as it closed just a little down on Friday, but not before spiking at a high.

The Russell 2000 ($IWM) did register as a distribution day on Friday, but the net effect was relatively minor compared to previous buying. Technicals are all net positive with relative performance still doing well against the Nasdaq and S&P.  The index is 36% above its 200-day MA, where just 22% is enough to place it in the 99% area of historic price extremes; a move to mean reversion will happen soon. 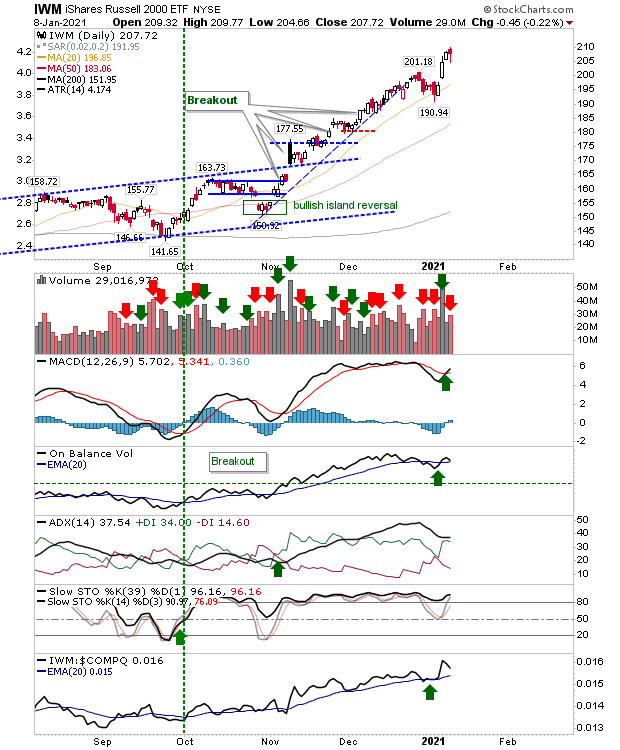 The Nasdaq recorded some of its highest (buying) volume on Friday as it closed at its high. This index sits at 23.8% above its 200-day MA which is only just above its 95% area of historic extreme price action. The MACD is still on a ‘sell’ trigger but is on the verge of a new ‘buy’ trigger. Things remain positive – it would take an undercut of the swing low at the 20-day MA from the start of January to suggest otherwise. 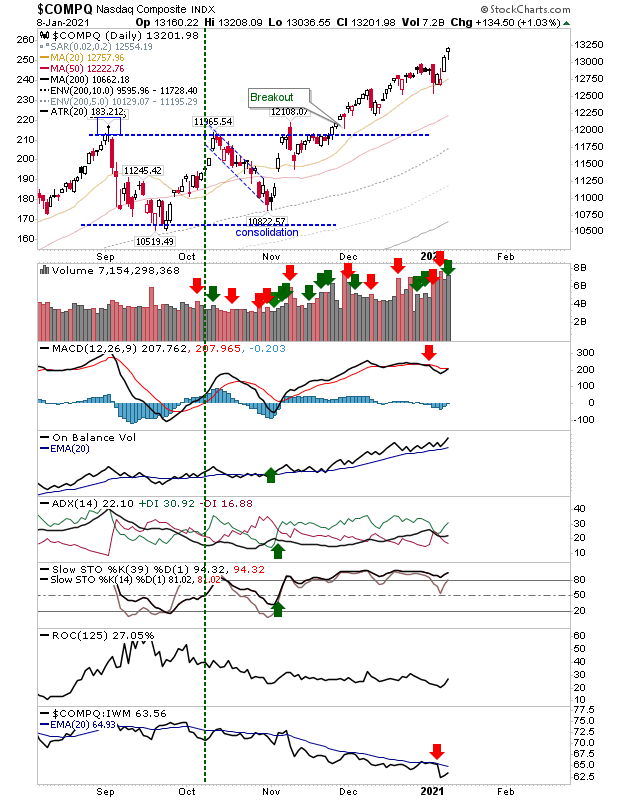 The S&P also finished at a new high with the benefit of net bullish technicals – only relative performance is down against Small Caps. The index is riding along trending support also marked by its 20-day MA. 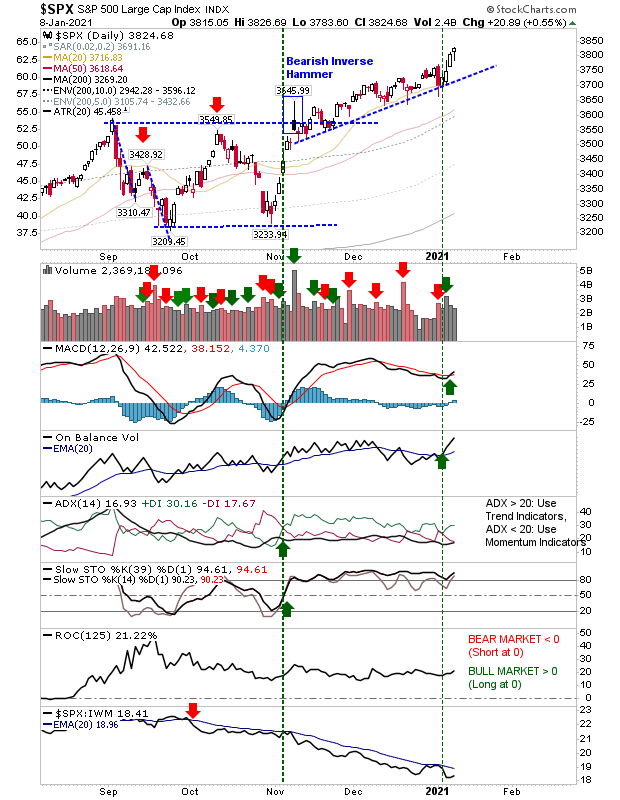 The Semiconductor Index had a bright start on Friday but found itself closing a little lower by end-of-business Friday. The current move had accelerated above the prior channel and in its current guise is shaping up as a possible bearish wedge, but this won’t be confirmed (or negated) until there is a break of support (or resistance). 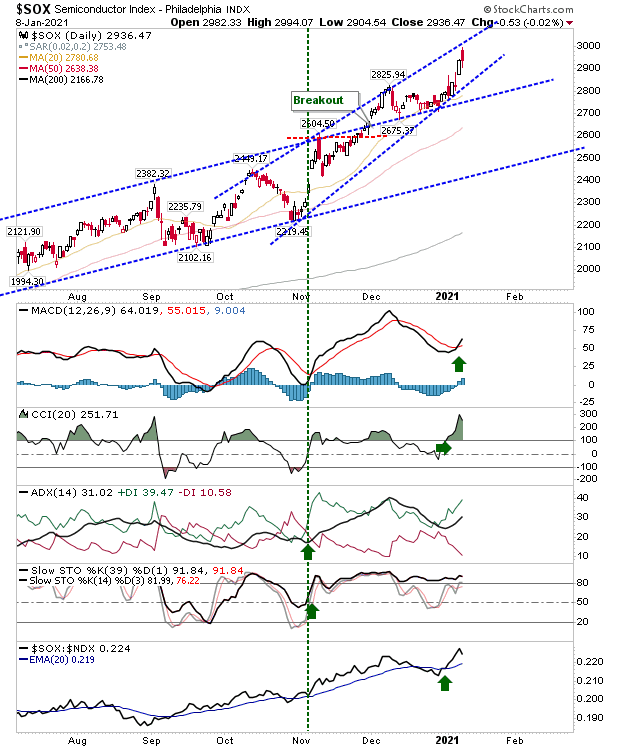 Traders have returned markets to a positive alignment after the initial loss. It’s going to take more than one or two days of selling to change that, so for now, markets (and positions) are a hold.