Before you could say “Clean-up on Aisle 7,” Target (NYSE:TGT) shares slipped to the prior swing low.

Traders now have a “Make or Break” opportunity to play a departure from this critical support … target.

Let’s see how it developed and where we trade from here: 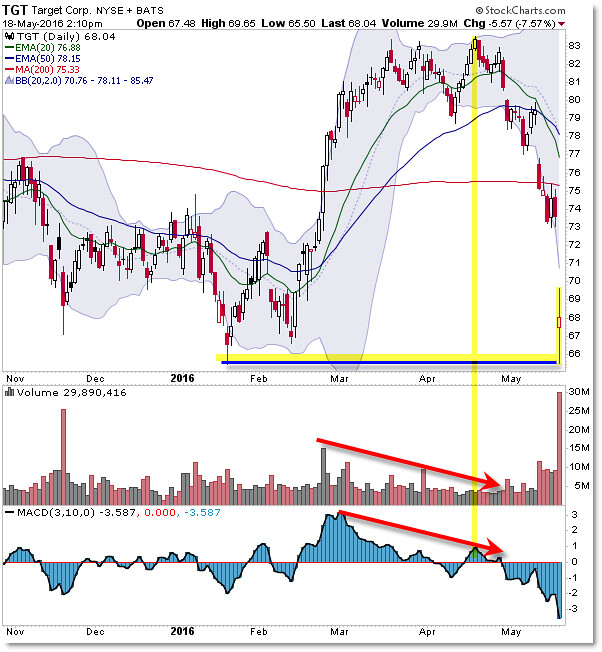 Price support-bounced initially after the morning gap-down but stagnated between $70.00 and $66.00.

For an educational lesson, note the negative divergences (red arrows) that undercut the April high.

Here’s the bigger picture for Target (TGT) shares with a possible aggressive opportunity: 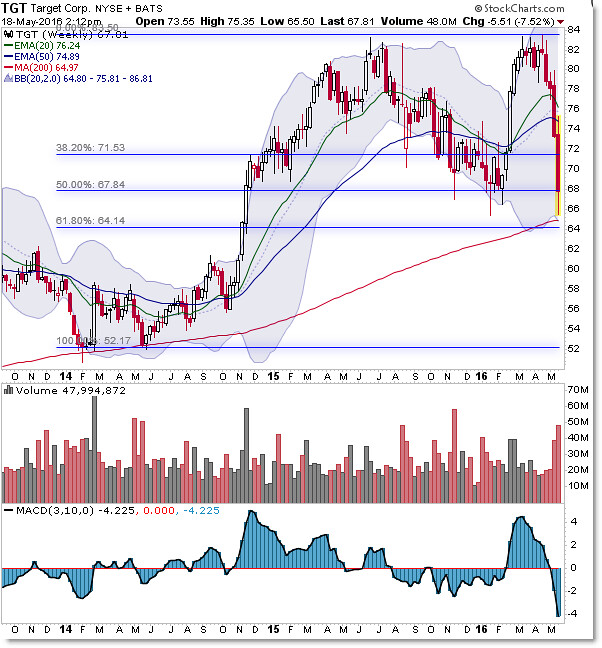 Note the series of weekly reversal candles into the underside of $84.00 per share.

Shares collapsed to the confluence of the following:

If you’re bullish on Target and like playing aggressive support-bounce reversals, this is a spot to try it.

Otherwise if shares fall lower and crack under $64.00 per share, it would suggest a possible larger reversal and open a sell pathway lower.

Either way, set your trading plans based on what happens here and the departure away from the $64.0 and $66.00 key pivot or … target… levels.