Despite all the bearishness and selling we’ve had in the broader US Stock Market, only two Dow Jones stocks carved out fresh new 52-week highs.

What are these two stocks and which earns an “honorable mention?” 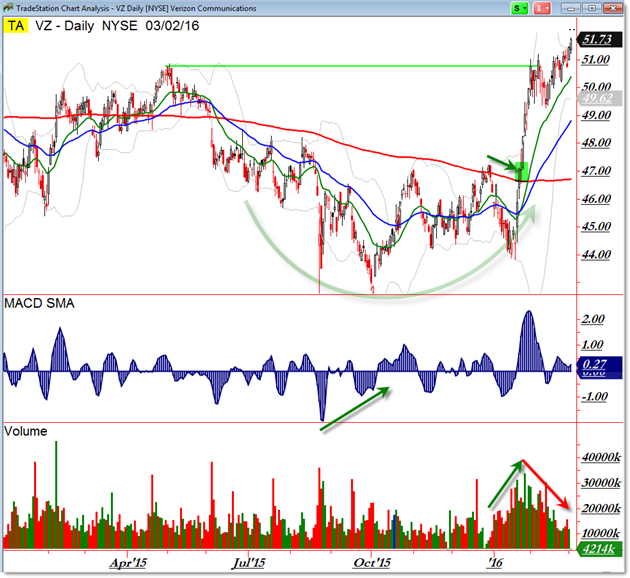 Volume surged initially but trailed off since January, giving us a bit of pause.

However, Verizon shares would remain bullish as long as they remain above the $51.00 per share level.

Take profits on any excursion back under $51.00. 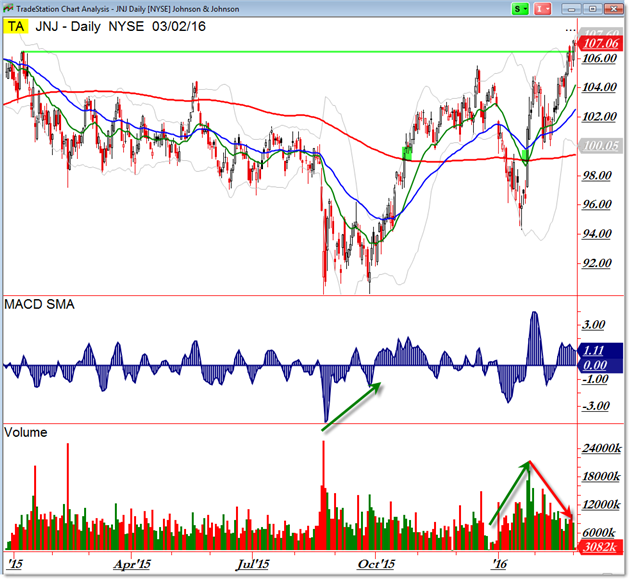 More than Verizon, Johnson and Johnson exhibited a flat/sideways trend through 2015.

Similarly, share prices surged in January on higher volume ahead of the recent breakout to new 52-week highs.

The key pivot for JNJ is the $106.50 per share level – it’s bullish above but “cautious/bearish” beneath.

We’re interested in following these two bullish candidates to give us clues as to whether these are new breakout bullish candidates (if price remains above these pivot levels) or else ‘traps’ in an ongoing bearish market environment.

Oh, our honorable mention. Though it has pulled back (retraced) as we begin March, Coca-Cola (KO) deserves a mention as a strong stock “near” new 52-week highs.