The to-and-fro of the US-Chinese trade war has left markets in a bit of a grey zone and facing uncertainty after holding moving average support.

The S&P (NYSEARCA:SPY) undercut its 50-day MA on higher volume distribution, but it also came back with a relative performance improvement. Technicals are net bearish. 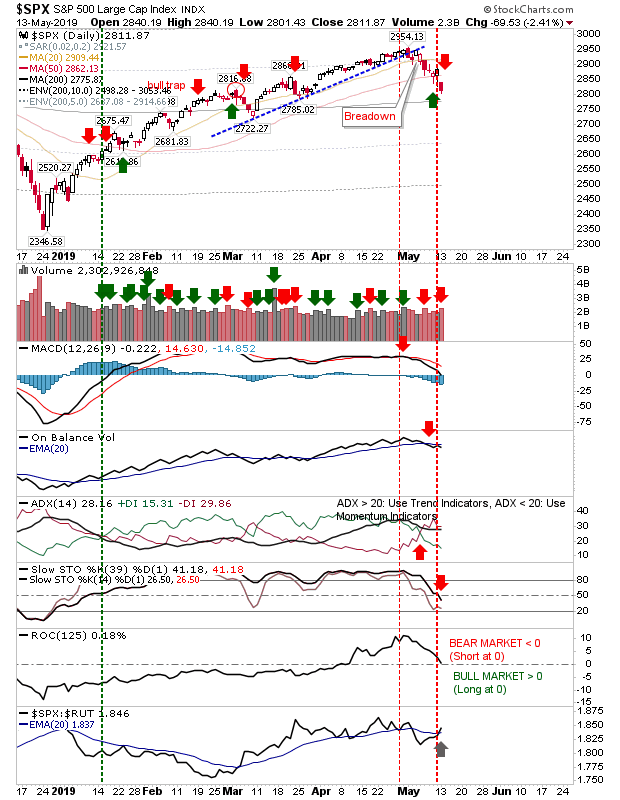 The Nasdaq (NYSEARCA:QQQ)also took an undercut of the 50-day MA in a similar shift to a net bearish technical picture as the S&P. However, it also lost relative ground against the S&P. 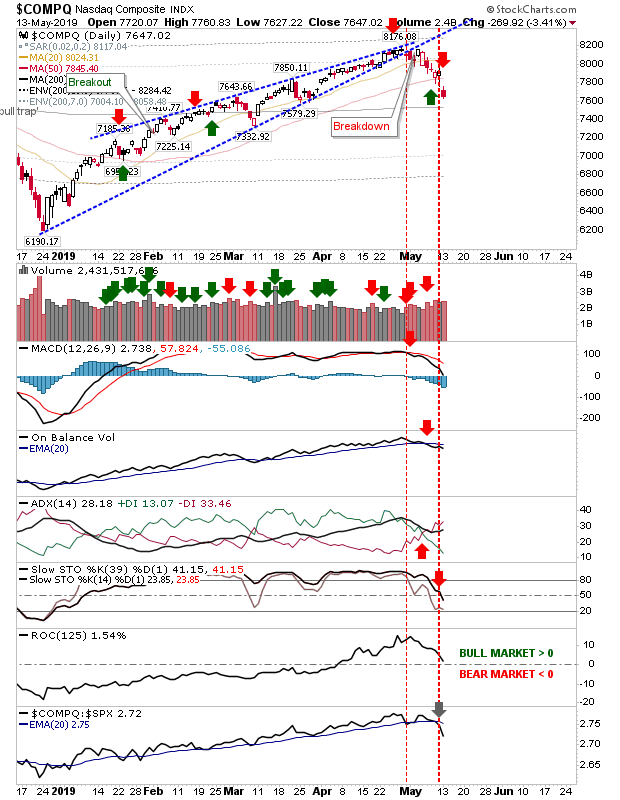 The biggest loss was felt in the Russell 2000. Small Caps took a substantial hit as investment in speculative issues took a back seat in a more defensive turn. All three key moving averages (200-day, 50-day, 20-day MA) were undercut by today’s selling. Technicals are also net negative. Next support test is the March swing low. On a positive front, the index still has a relative advantage against the Nasdaq. 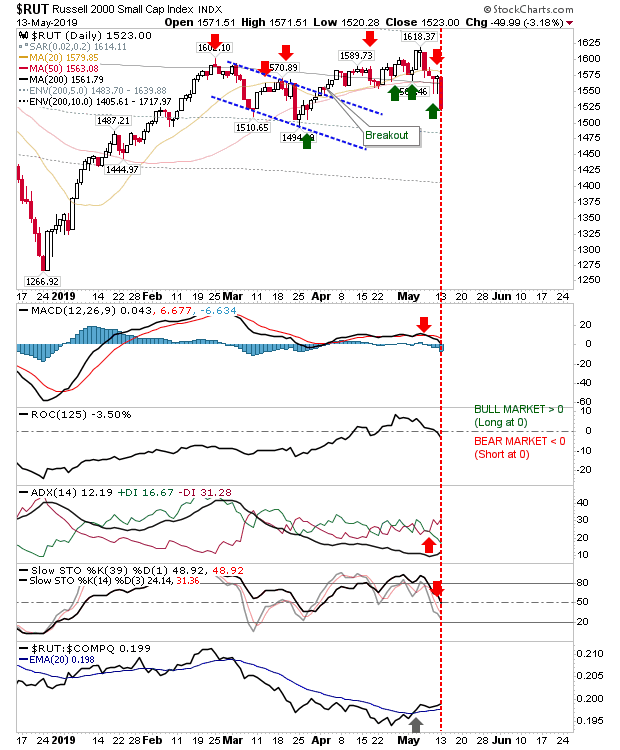 The Dow Jones (NYSEARCA:DIA) also took a hit but actually managed to hang on to its 200-day MA. So if you are looking a bounce play, the Dow Industrial average might be the one. It even enjoys a relative performance advantage against the Nasdaq 100. 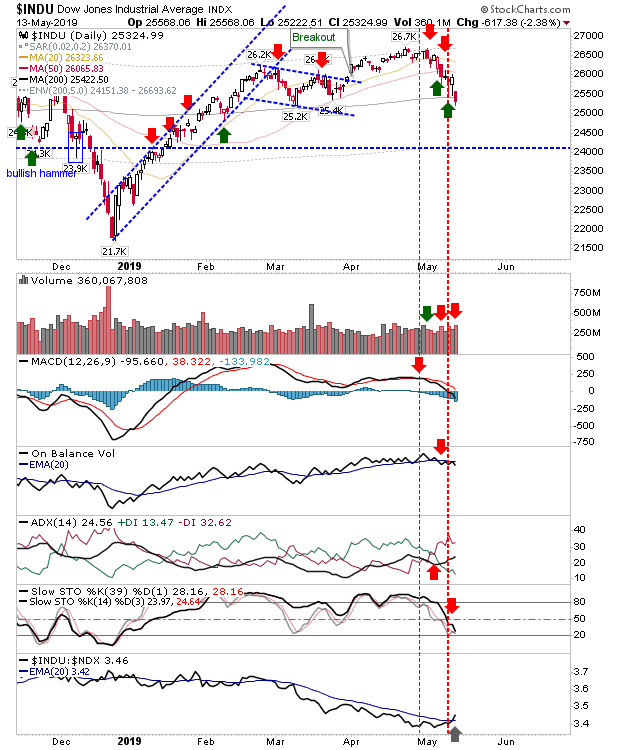 The Semiconductor Index is a mixed bag with a loss of the 50-day MA, but horizontal support at 1,400 is an opportunity for a bullish reboot. 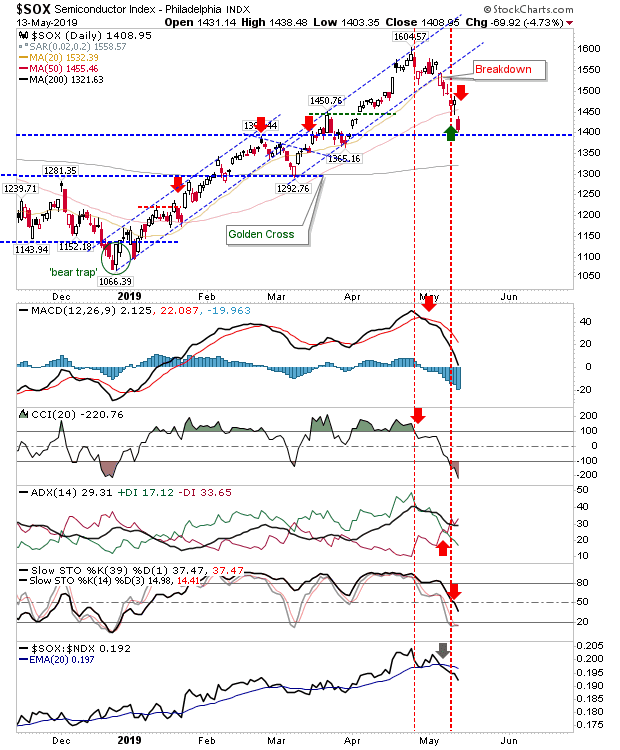 For tomorrow, indices like the Dow Jones and Semiconductor Index will offer bulls something to work with, but if bulls are unable to build a response after the first 30 minutes of trading, then any weak bounce will be pounced on by shorts for the likes of the Russell 2000(NYSEARCA:IWM).