There was a pick up to Friday’s selling, but while the one-day loss approached 2% for the Nasdaq and S&P it wasn’t accompanied with the kind of volume such selling can typically scare up.

The concern is that last week’s peak for the Nasdaq morphs into a double top, but for this to be true there would need to be an undercut of the September swing low – and that could take well into November. Until then, we are looking at a sideways consolidation. 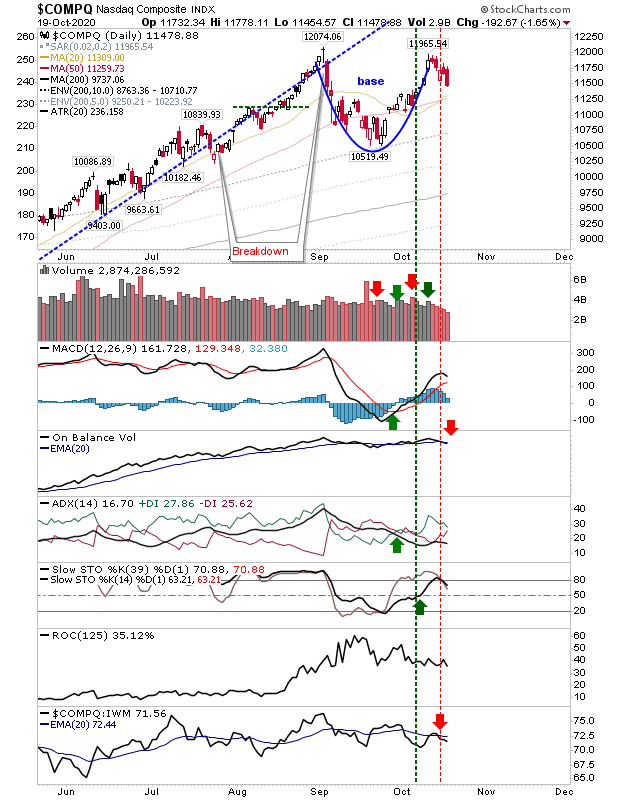 Selling for the S&P(NYSEARCA:SPY) matched that of the Nasdaq(NYSEARCA:QQQ) with the same outlook with respect to the potential double top. The S&P is a little closer to its converged 20-day and 50-day MA as the Nasdaq, but both indices will have an opportunity to attract buyers at these levels. Again, until we see a larger move lower we are looking at a sideways consolidation bound by September’s high and swing low. Technicals are all net positive. 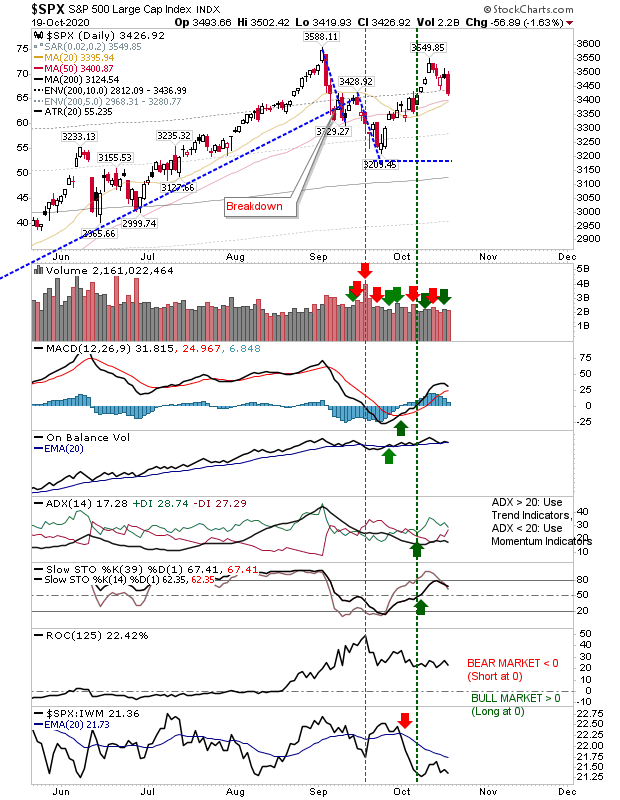 The Russell 2000 (NYSEARCA:IWM) is shaping a tight handle above the last swing high. It remains the most bullish of the indices and well placed to follow through higher. It retains the benefit of relative outperformance against the S&P and Nasdaq and net bullish technicals. 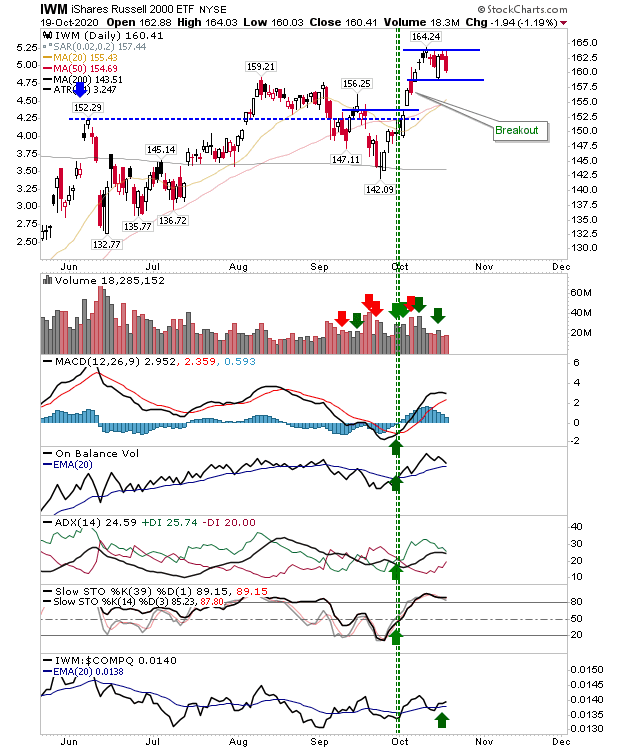 Media commentators blamed the lack of a stimulus package as the reason for today’s selling but action in Tech and Large Caps suggests selling was a continuation of the reversal following the September peak test.  If there is a vulnerability, its the risk of a downside break from the Russell 2000 handle which would drop the index inside the prior consolidation. As an index showing clear upside momentum, to lose this would be worrisome.